Freakangel – The faults of humanity 2CD

While compiling the 5th edition of the famous Endzeit Bunkertracks compilation box, Alfa Matrix discovered this more than promising band from Tallinn – Estonia. After voted, “Best up and coming act” by over 700 DJ’s during a contest organized by Alfa Matrix, FREAKANGEL joined the Belgian label army and started completing their dancefloor frontal attack debut album, “The Faults of Humanity” which was mixed and engineered in Germany in the renown X-Fusion Music Prod. Studio (NOISUF-X, X-FUSION, SUICIDE COMMANDO, etc.).

FREAKANGEL is a mixture of aggrotech, industrial and dark electro with a touch of rock alternative music. Benefiting from its members astounding experience (Dmitry i.: brain behind SUICIDAL ROMANCE, fr0zen: frontman of CYCLONE B, Art: ex-KAMALOKA guitarist), FREAKANGEL is ready to rock the elektro world with their unique exploding sonic cocktail… 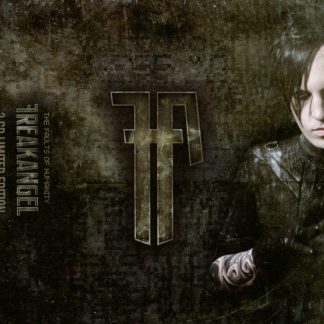 You're viewing: Freakangel – The faults of humanity 2CD €13,99
Add to cart
Manage Cookie Consent
We use cookies to optimize our website and our service.
Manage options Manage third parties Manage vendors Read more about these purposes
Preferences
{title} {title} {title}