Freakangel – Let it all end CD

Estonian alternative industrial core musical project FREAKANGEL return with the explicit new album “Let It All End”. Constructed around destructive emotions as main theme, “Let It All End” is by far FREAKANGEL’s hardest hitting work ever! The ultimate symbiosis of D. Darling and Art’s respective songwriting approach assured here an impressively heavy and intricate sound. An intimate masterpiece full of raw, violent uncompromising emotions. This album is nothing but their own battlefield and they just declared war to your ears… “Parasites” are crawling your way and erasing the distance step by step!

According to D. Darling “Let It All End” is about “being unable to resist all the wickedness of life, even knowing that the word “hate” has more power than the feeling of love… but all you can do is only laugh out loud about it! 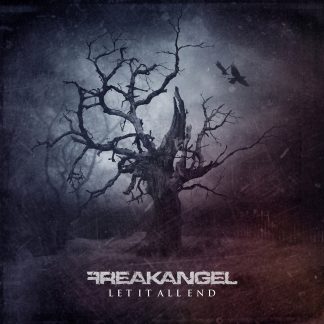 You're viewing: Freakangel – Let it all end CD €8,66
Add to cart
Manage Cookie Consent
We use cookies to optimize our website and our service.
Manage options Manage services Manage vendors Read more about these purposes
Preferences
{title} {title} {title}