With their second full length album, the German duo TOTEM OBSCURA carry us to brutal battlefields where Middle Age knights encounter modern aliens and other mystical creatures. The setting is foggy and mysterious. Fear and death are oppressively omnipresent. We actually almost taste blood, dust and rusty metal through the ambiance set by these haunting dark tunes signed by the infernal duo of Nadine “AENGELDUST” Engel and Pedro “ACYLUM” Engel.

Their last club hit song “Eisenmann” had already announced a more than promising album release, and fans of dark elektro will not be deceived by this new powerful “Nordische Feste”!  And besides additional floorkillers like the heavy and solid “Bastard” or yet the epic “North”, the German duo expanded the experimental side of the project by exploring modern dance realms on an unexpected collaboration with Singapore electro dance act COSMIC ARMCHAIR, flirting with metal industrial on the muscled guitary HELL:SECTOR version of the “Eisenmann” hit or yet by bringing us the most unpredictable collaboration of the year, fusing fire and ice on “Helden” with the amazing featuring of early 80’s German living legend Hubert Kah (also known for his successful hit-songs and backing vocals for the 80’s icon SANDRA). We will also notice two great remix collaborations with RUINED CONFLICT and new label mates CRYTEK. 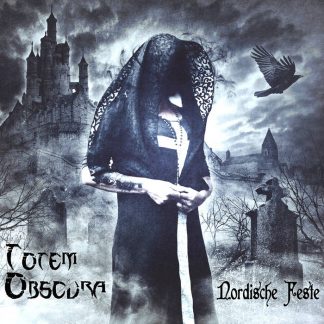