In celebration for Alfa Matrix’s 20th anniversary, the evil brothers of ALIEN VAMPIRES release this exclusive solid red color vinyl “Kinky To Hell”. Strictly limited to 300 units worldwide, this LP gathers 9 original songs which have never been released in a physical format, and also mixing in songs that appeared previously on the digital-only EP’s “Destrudo”, “World In Denial”, “Evil Twins” and “Fuck The Revolution Bring On The Apocalypse”.

SIDE B
B1. Darkweb
B2. Bring On The Apocalypse
B3. Ready To Die
B4. Fuck Borders 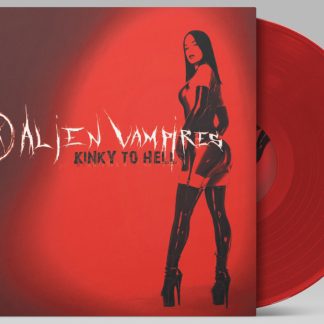