In August 2015 METROLAND suffered a tragic blow when their sound engineer and very close friend Louis Zachert, the group’s Passenger L, passed away. As a personal tribute, Passengers A and S created a complete new album from scratch, where every song, every note and the featured cd art is their way of saying thank you and goodbye to their close friend and fellow passenger. The 11 titles on the album each describe or embody what Louis means to the band in general and to both Passengers on a personal level: his witty e-mail headers, the name of his recording studio, his genuine love for synthetic music, his other musical projects and, especially, life itself.

When comparing the music on this album to former releases, the listener will surely notice a darker, slightly mellow edge, while rediscovering the typical METROLAND sound that clearly toys with sounds from analogue synthesizers, pulsating rhythms and effective samples.

This 3rd release is not just an album, it’s a profound production filled with sentiment and a heartfelt message to every one out there, but to Louis Zachert in particular: “Things will never sound the same again”… This album is not a commercial product. It’s an homage, in every possible respect. 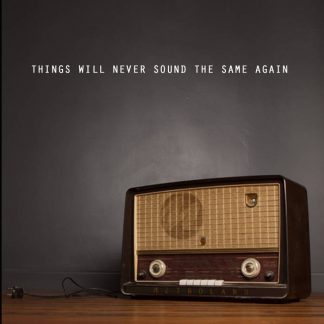