Controversy. Sex. Fun. Darkness: not many bands manage to polarize their listeners quite like JUNKSISTA… and they are about to do it again with their most accomplished studio album so far: “Promiscuous Tendencies” – the gripping next chapter after 2014’s “High Voltage Confessions”. 12 brand new songs like 12 thrilling love affairs, waiting to be explored.

JUNKSISTA seduces us with an incredible range of musical styles and the trademark twinkly eyed humour, that has been driving quite some music journalists nuts. Too silly to be meaningful? Too sexy to be significant, too mainstream for the underground? What the F*** is this?

Again, Diana S. and Boog haven’t exactly been faithful to just one musical genre. On “Promiscuous Tendencies” you will find bitching club anthems, melancholic electro-pop songs, funky electro tunes and even a hypnotic ballad. All these songs have two things in common: authenticity and an immaculate production that will tempt you to determine the performance limit of your stereo!

This extraordinary record is being refined by a number of well-known artists, JUNKSISTA collaborated with. Amongst them LayZee (Mr. President), the international Eurodance superstar of the 90s, best known for the hit single Coco Jamboo. Noemie Aurora (Helalyn Flowers), Emke (Black Nail Cabaret) and Erlend Eilersten (Essence Of Mind) also joined this ride and threw in some brilliant vocals.

“Promiscuous Tendencies” – it will make you explore the dance floor, the dark places in your heart and the wet ones in your pants. Are you ready? 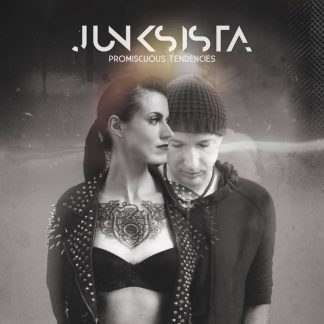