Almost 8 years have passed since the release of “Nemesis”. 8 long years of growth and insight, of reflecting silence and chaotic noise, of death and (re)birth… Shaun Frandsen started recording new music again, but he has changed with time, he aged and started reflecting on the music from his youth. He went through a nostalgic period, listening to all of his old post-punk records, reliving the experience, drawing from its energy and somehow translating this in the studio…“Phoenix” is what happened.

The new GLIS studio album is clearly a very personal album for Shaun Frandsen, almost an autobiographical journey: “I wrote it as an ode for those who have inspired me the most. I didn’t hide my heart at all,” he says.

This album begins rough, dark and chaotic, sometimes sad. The music-style changes from track to track, but somehow manages to stay focused. It dwells in the dark, then finds peace, and comes back again with a new outlook from where it began. On “Phoenix”, GLIS took a bit of Bowie and Eno (“Keep The Memory”, “Coldheart Tempo”), and a classic-era 4AD sound to create the ambiance and grabbed some inspiration from Nine Inch Nails, Underworld (“Insomniac”, “Dead Set”) and Joy Division for the body of the music. It’s when female vocalist Lauren Krothe is introduced on the album that ushers in the transition from darkness to light, lo-fi darkwave with an ethereal hint to Cocteau Twins (“Take It This Far” or the beautiful “Blue Sky Night”). Then come the anthemic and hooky “Crush” and the instant hit “Stars In The Sea” which both end the journey on a hopeful positive outlook and loop with the opening and closing groovey track “Apocalypse Parties” that will remind you of the early WaxTrax electro/industrial sound with a touch of melodic modernity.

By writing it with his heart, Shaun Frandsen definitely accomplished something personal and meaningful with this album, giving integrity and soul to “Phoenix”, a chef d’oeuvre which falls down and rebuilds itself in a way that follows the fabled cycle. The track-list is set up in the same way. It’s an ode to GLIS’ past but also a nod to the future…

Be the first to review “Glis – Phoenix CD” Cancel reply 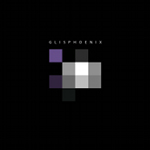