Glis – A shot and a bassline CD

“GLIS 2001-2008 a shot and a bassline, the revisited collection”, an album title which has as much importance as its sub-title: “15 tracks re-cut and remastered by Krischan Wesenberg of ROTERSAND”. GLIS’ frontman Shaun Frandsen indeed brings us something entirely unique in today’s dark scene. A straight re-cut concept for which he teamed up with Krischan Wesenberg (known for being the man behind the music of ROTERSAND) who worked from the fully mastered original versions of the 15 selected tracks. He rearranged the songs, used some parts from one song and cuts from others, adding overdubs to the re-edits, new beat elements, additional sequences, effects and filtering; basically making every track different from the original recordings.

Like ROTERSAND’s mastermind explains it himself: “The “re-works” I did on the GLIS tracks wouldn’t have been termed a “remix” in today’s dancefloor culture. When you see “remix” printed on the sleeve of a record, you mostly expect to hear a version which is very different from the original. Often you will find the vocal line on another track…”. 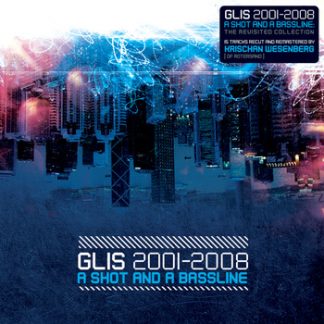 You're viewing: Glis – A shot and a bassline CD €8,66
Add to cart
Manage Cookie Consent
We use cookies to optimize our website and our service.
Manage options Manage services Manage vendors Read more about these purposes
Preferences
{title} {title} {title}