With the release in 2008 of their debut album “Body Code” on Alfa Matrix, Belarusian act DIFFUZION seduced the world with their fresh and highly melodic female-fronted techno-pop / EBM. On this new album “Winter Cities”, DIFFUZION expand their musical horizon and reveal how much they have gained in songwriting maturity and production finesse. Armed with an overall solid club compatibility, the new songs thrust you into an uplifting emotional climax where intelligent synthetic song arrangements enter in symbiosis with addictive melodies and the strong and sensual vocal performance of their charismatic female singer Xev.

Alternating straight and harder industrial moments (“C.S.”, “Pure Venom” or “DbD”) and more embracing mid-tempo darkwave textures (“Lace Of Veins”, “The One” or yet the album title track), “Winter Cities” will surprise you with its unique mixture of frozen electronic tones and haunting catchy vocals. Take the upfront dance-power of body music, spice it with the revolting sexiness of AYRIA, the catchiness of DE/VISION and the impulsive anger of PZYCHOBITCH the whole melt in the intricate arrangements of FRONT LINE ASSEMBLY, and you get an exploding cocktail we might call DIFFUZION.

You also are treated to 2 bonus versions of the club hit “C.S.” respectively rendered by the Swedish tough guys of AUTODAFEH with their faultless pumping bass-lines and by label-mate ACYLUM with their sinister bombastic dark elektro assaults.

This limited carton box edition of “Winter Cities” also contains a bonus-CD with a great variety of remixes, that include the intelligent inspiring electro and EBM cuts by such bands as CONTROLLED COLLAPSE, MORTAL VOID, IMPLANT, [DE:AD:CIBEL], EFF DST, IN[TOXIN], a sophisticated, harmonic industrial track of FABIOUS CORPUS ACT , an uplifting future pop remix by their Belgium colleagues PSY’AVIAH, a dark-ebm tune by CYGNOSIC, and a mysterious and deep remix by L’OMBRE. Add to this cover version of DEPECHE MODE and a cover by TILL IT BLEEDS, plus an enchanting collaboration with INXERA SYNDROME. 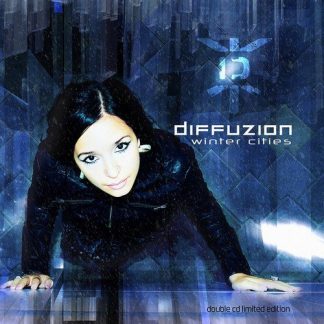