Avarice In Audio – The Language Of Violence EP

Reduced to its core duo after the release of “From The Rib Of Adam”, Gerry and Lawrie are again at the helm of the AVARICE IN AUDIO battleship. For two years the Australian boys have been working in silence, crafting a record just for clubs. And now that lockdowns are ending, the time to unleash this monster from its cage has finally come!

The lead single from the forthcoming 5th AVARICE IN AUDIO album, “Our Idols Are Filth” is here. “The Language Of Violence” is as the name implies; a loud, unrelenting, violent assault on the senses from all angles. With Gerry’s familiar screams, Lawrie’s sharp production and alluring female vocals to accentuate the melody, “The Language Of Violence” presents itself as the perfect introduction to this new record. Unapologetically designed for the dance floor, ready to strike across the world, this is a stompy aggressive club track that will conquer all fans of ALIEN VAMPIRES, SUICIDE COMMANDO, GRENDEL and DAWN OF ASHES.

Accompanied by two extra remixes, one by aggrotech stalwarts VISCERA DRIP and the other by AVARICE IN AUDIO’s own Lawrie as STUDIO-X, and an exclusive banging bonus track between the two on top, “The Language Of Violence” shows that AVARICE IN AUDIO are a tour de force to be recognised, and to display what’s in store for the world come October. Countdown. 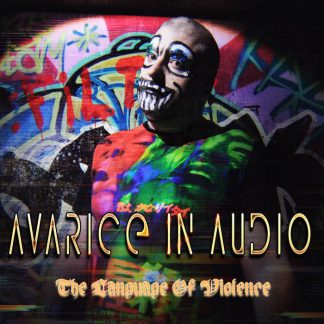 You're viewing: Avarice In Audio – The Language Of Violence EP €4,00
Add to cart
Manage Cookie Consent
We use cookies to optimize our website and our service.
Manage options Manage services Manage vendors Read more about these purposes
Preferences
{title} {title} {title}