American Erica Dunham reached success with her harsh UNTER NULL project, which rapidly became one of the leading bands on the Alfa Matrix label. It is now under the STRAY moniker that she reveals a more delicate artistic approach. “Abuse by Proxy”‘s eerie sound awakes some dormant emotions deep inside of you while her bittersweet lyrics give a certain acrid flavour to the poignant melodies that rapidly start possessing you. It is no surprise that STRAY’s sound has been described as DELERIUM/CONJURE ONE’s atmospheres filtered through UNTER NULL’s noir soul.

STRAY’s sound is identified more by the reverent side of the human spirit, and once viewed through her heart, one can perceive hope and light at the end of this trancey tunnel of melancholy, melodies carrying clear sequences, bittersweet words and mesmerising atmospheres. There is the hope of life even in the darkest of valleys and nature has progressively started taking over again.

Erica unveils with this project an unexpected coiled side of her enigmatic persona and colours her unique intricate song-writing style with a lighter 80’stainted tone. STRAY has a big heart and an open soul yet still has so much more to share. Embrace it. 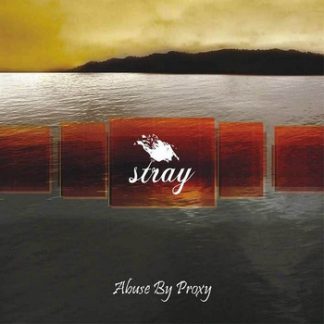