With this 10-track 5th full length album, STAR INDUSTRY will once again reunify their faithful gothic rock fanbase with characteristic anthems mixing distinct piano lines, incisive catchy synth melodies, powerful guitar parts and above all, Peter Beckers’ unique way of bringing us choruses that we all sing along to and which often bring him comparisons to icons like SISTERS OF MERCY and THE MISSION… Choruses of songs like the bombastic “Selling Icons”, the pop-minded “Eyline”, the next goth hymn “New Religion” or yet the straight and uptempo “Dark Rain” will instantly haunt your mind…

“The Renegade” also delivers its dose of surprises with songs like the guitar-driven and suffocating “Reign On Fire” which evokes the darkest moments of FIELDS OF THE NEPHILIM, the new wave pearl “For The Lost”, the more tortured and industrial oriented “Revelation” which reveals some NINE INCH NAILS influences, “The Renegade” and its growing tempo and interesting sampled female vocal arrangements, and last but not least the stunning last song “Shiver” with its straight catchy electronic assault and heavy EBM beats reminding us of some kind of jam session between VNV NATION and good old KILLING JOKE… and again reminding us of the impressive vocal range of the band’s charismatic singer.

“The Renegade” brings us on an amazing journey throughout the melodic sounds of the eighties, the incisive guitar sound of the nineties while keeping us within the electronic mood of the 21st century modernity and a less-is-more songwriting approach.

STAR INDUSTRY successfully managed once again marrying darkness and melody, force and beauty on a homogeneous yet still diversified masterpiece that will perfectly work in club parties and on stage… Let us all join hands and celebrate: STAR INDUSTRY are back in town – stronger than ever! Heroes fade away… legends never die!

This very limited deluxe carton box edition comes with a bonus 10-track CD featuring a combination of dancefloor remixes of the new hits like “Shiver” and “Eyline”, and also cover versions of “Kids” (MGMT) and “The Walk” (THE CURE) as well as an amazing original demo version of their intergalactic hit “Nineties”, some unreleased demo songs recovered from 1996 studio sessions, and some more surprises including a live recording from their memorable tour in China… 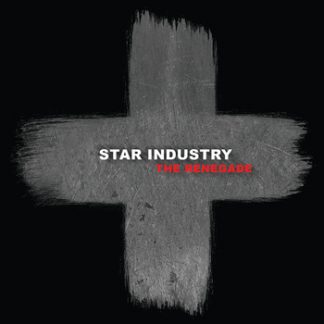