When the Swedish legendary act joined the Alfa Matrix label, they also promised us a new album that would retain the attributes that made the band famous some 25 years ago: uncompromising growling vocals, impulsive repetitive bass lines, and solid hard beats. A strong comeback to the good old days, but with a gritty, dirty and violent touch: a radical return to their early sonic roots…

“The Dirt” is definitely all about times past! Many of the songs on this album were in fact initially written between 1988-1990 and then left to slowly wither away on old four track tapes. POUPPEE FABRIKK re-recorded them along with a few other old songs from the early days to create an album that could have been released more than 20 years ago. “It is an honest attempt at recreating the past by working in the same way as we did when we started the band back in 1987 – no midi, no retakes, no polish – just primitive electronic music with a lot of attitude”, says frontman Henrik Björkk who has not gone soft with age, quite the contrary… POUPPEE FABRIKK was never about perfection or being nice: “We don´t need to fake the aggression. We don´t need to dress up. We do our thing, and if you like it, join the party. If not, fuck off!”, he adds.

With a minimalistic powerful electronic style that was often compared to pioneers like DAF and NITZER EBB, POUPEE FABRIKK are the leaders of the EKM movement (Elektronisk Kroppsmusik) – physical music that makes you want to get up and move. Today with “The Dirt”, we witness an onslaught of grand proportions when the old guard comes back to the forefront of the scene! From the ashes of a dead scene rises a new wave of truth and beauty. One that does not look forward, but backwards – to the roots. This is the way back to the source. This is the way to purity. EBM is dead – long live EKM! 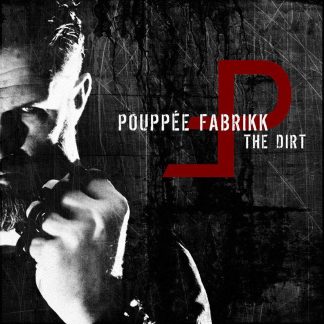