“The Memory Institute” is now reality! The much anticipated debut full length album of Belgian audio-visual artist Pieter Coussement who has been working for some years on refining the specific LLUMEN sound. This first album offers a diverse palette of sounds blending old school EBM elements with more contemporary modern electronics. It portrays a wide variety of styles, all bound by LLUMEN’s love for complex layered arrangements, pulsing bass and steady beats.

Strong from the resonant success of the “Cold In December” EP released in March 2016, LLUMEN delivers a much varied album that encompasses many of the current trends in dark electronic music, mixing solid EBM roots, emotional melodic Wave and modern electronic trends and which should please fans of ASSEMBLAGE 23, BRUDERSCHAFT, HAUJOBB and FRONT 242.

If the opening track “The Memory Institute” reveals LLUMEN’s love for orchestral pieces, the following “New Moon Rise” pays tribute to fellow countrymen SUICIDE COMMANDO with a distinct old-school vibe. Next to the unmatched mega club hit “Cold In December”, LLUMEN’s dancefloor potential gets nicely confirmed by songs like “Where We Collide”, “Force of Nurture”, “Death Walks on High Heels” or yet “World on Mute” which all showcase impressive diversely layered club-oriented elektro arrangements.  But LLUMEN is definitely more than up-tempo music and tunes like “Silicon Cinema” and “Huntress” prove that this one-man project can also write music with a heavy emphasis on more gothic inspired sombre melodies and lyrics.

LLUMEN is a new force on the Belgian dark electro EBM scene we can all count on! A band to discover without hesitation!

The album also comes as a limited box edition expanding the realm of LLUMEN even more, with a bonus disc featuring contributions that again broaden the musical palette with which this album has been painted. VUDUVOX turns “Where We Collide” into an even colder minimalistic EBM track whereas DIFFUZION brings out the future pop-esque quality of “Force Of Nurture”. Label mates VENAL FLESH and SINFUSION went to town on respectively “Lux Aeterna” and “Death Walks on High Heels”, making it really their own. TOTEM OBSCURA, MILDREDA and NOIRE ANTIDOTE pushed the boundaries for the slower songs of the album. ANTIBODY, Benjamin’s Plague, DISKONNEKTED, PSY’AVIAH and SIMON CARTER complete the album with club-oriented contemporary versions of “Death Walks on High Heels”, “Cold In December” and “Lux Aeterna”. 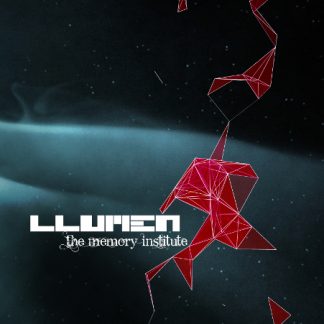