Danish female mass-murderer Dagmar Overbye was convicted of murdering at least 25 children between 1913 and 1925. She ran an advert in the newspaper where she offered to find adoptive parents for mothers in need of money. She actually murdered them the day they arrived and cremated them in her fireplace. During her trial, all the truth about her own abused childhood resurfaced…

Her story inspired Danish solo-artist Claus Larsen to write “Ængelmaker”, the most poignant and darkest song he has ever written in 21 years. It is an inspiration that has led him to question the value of life in general. How can one forget his/her own abuse? How can one go through the hatred towards minorities? So many questions running through Larsen’s mind that ultimately unleashed the chains of his own demons, letting deep buried memories resurface and haunt him again.

This is what this new LEÆTHER STRIP album is all about. A reflection on the world’s brutality, on a lifelong nightmare full of haunting ghosts, on pushed away social outcasts… LEÆTHER STRIP takes you with this 22-track double-CD on a hard journey through anger, pain and rejection. It is an uplifting voyage in his inner self through which Claus Larsen can only return stronger, relieved from past ghosts he could finally set free in the whole writing process. Dark EBM /Industrial remains Claus Larsen’s best therapy and the listener will definitely grasp his growing anger on this new album.

This 2CD is also available as an extended bonus tracks download – see the player below. 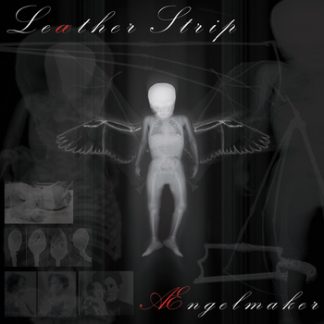