Revealed to a larger audience by Alfa Matrix last summer through the much appraised “Set These Walls On Fire” EP, Los Angeles based ENTRZELLE has rapidly become a new voice of aggressive electronic music who intelligently fuse elements of classical orchestration, melodic songwriting, highly textured arrangements, noisy synths and more bass than you can swallow!

Uncompromisingly individualistic, ENTRZELLE continue true to form to deliver their latest magnum opus, “Total Progressive Collapse”. An album that represents the culmination of 3 years of dedicated work and introspection, and that aims to convey a traditional album feel through story-telling, dynamic expression, and performance nuances. The songs build and support one another in a way that takes the listener on a complete musical experience, and the music is recorded in such a way to allow as much variety and freedom as possible – this means heavy automation in the instruments and unique repeated performances (rather than cut/paste) in the vocals, among other techniques. Harsh sounds and pounding beats are in full force, but are harnessed to support the songs rather than asphyxiate them. ENTRZELLE’s music is unique, daring electronic music that pushes the boundaries between form and disorder, tranquility and rage… in a violent and merciless return to storytelling through noise and color.

“Total Progressive Collapse” explores a range of intensity, from thunderous anthems (“Power Play”, “Creature”, the club hit “Compatible With My Intoxication”) to the most vulnerable of love songs (“Chloroform Suicide”). Other highlights include the pop-friendly and very emotional “Secondary To My Love,” and “Stormchaser,” a very personal song that flings the listener out to orbit and back, in a delicious and insatiable aural molestation.

ENTRZELLE is not interested in spreading terror, disorder, misperceptions, or provoking the listener for its own sake. They insist to explore subjects and environments as honestly and fairly as possible. There exist real problems in this world – police abuse, climate change, socio-economic warfare, a depletion of dignity that is in correlation to economic advancement, and a critical collapse of character throughout the status quo. Rather than crying out or reacting against, “Total Progressive Collapse” faces these subjects head-on to either offer solutions or find the beauty in the wreckage… Epic and political, sexy and driving, dynamic and colorful, ENTRZELLE is the explosive cinematic industrial project of David Chamberlin and his partner in crime Malice Vext, a rising band that comes highly recommended to fans of ROTERSAND, COVENANT, VNV NATION, IMPERATIVE REACTION, SEABOUND, MESH, etc. They are an attack on the soul, a reset button, a personal vendetta for a global cause!

This album also comes out as a limited deluxe carton box edition including the 13-track album “Under The Glass” which contains several exclusive original bonus songs, but also features powerful remixes by CONSUMER JUNK, VENAL FLESH, ANGEL THEORY, CUTOFF:SKY, and AVARICE IN AUDIO. Unlike some double-LP’s, “Under The Glass” is intended to compliment the title disc, instead of functioning as purely a remix disc. You will discover a further exploration of themes in addition to complementary perspectives by these world class artists. 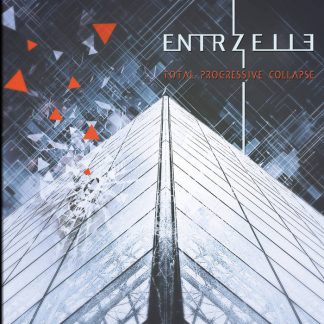