After two exciting stops in Frankfurt and Ghent, Belgian studio guru Franky Deblomme carries us to the final destination of his “Exit” sonic journey: Manchester!

With the conceptual approach of revisiting his personal past influences, this time CUBIC brings us to the aftermath of the rave scene in which Manchester was a pioneering scene introducing emerging influential acts in the likes of ORBITAL, SYSTEM 7, 808STATE or yet APHEX TWIN, all of which shaped the foundation of CUBIC’s music roots.

The opener “Atlantic State” immediately evokes the early 90’s with its early 808STATE type of atmosphere: chill vibe, summer feeling, breakbeats… Pure nostalgia! The rave party continues then with the 2 “Polygon” tracks bringing us closer to ORBITAL and the unavoidable APHEX TWIN!

The EP then gets augmented by a floor packing remix by Peter Bellaert (known as MINIMALISTIX and also his recent retro-House project RETRO BELGICA) that could nicely fit in a DJ set list of MACEO PLEX or KOLSH. Last but not least comes the second remix by LECTREAU, the solo-project of Passenger A of METROLAND fame. 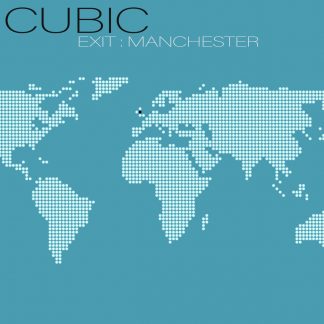