Only 1 left in stock

After several years of silent confinement, Munich based amGod is back. The new conceptual album “Dreamcatcher” is released on Alfa Matrix in November 2010. amGod is the creative output of multi-talented artist Dominik van Reich, ex-frontman of German harsh dark electro act yelworC. Created on 1st. of Deceber 1993, this conceptual solo-project founds its creative inspiration from the word ‘dogma’ symbolizing the first commandment in the inverted sense “I am God”, a direct connection with egotism and narcissism – with the morbid attraction of falling in love with oneself and all the related states of envy, dissatisfaction and aggression…

The new amGod album continues where it all stopped by incorporating new sound directions and integrating influences gathered over the years. With a forward dancefloor approach mixed with heavily fused synthesizers and some manipulated guitars, amGod stands more than ever for threatening dark electro-industrial with hard dominant vocals.

The new album “Dreamcatcher” sees itself divided into 2 chapters of musical nightmares split across 2 full discs sub-titled “Creeped & Bloody” and “Harsh & Dirty” and each presented as a stand-alone release with each an expanded 20-page booklet full of eye-disturbing deviant artwork by the genius artist Phil Amelung (Armageddon-Industries.de).

Be the first to review “amGod – Dreamcatcher 3CD” Cancel reply 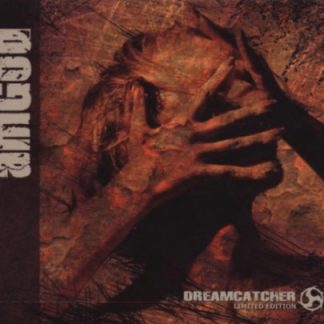