Of course there are still here some songs which defend the more “sorrowful” part of the album and reminds us of PSY’AVIAH’s darker side: like for example “Alcubierre Drive” featuring once again lush guest vocals by Kyoko Baertsoen (ex-HOOVERPHONIC, LUNASCAPE) and her unique timbre fitting so well this blend of trip-hop rhythms and EBM basslines; or yet the melancholic and moving “Looking Back” and the very expressive voice of David Chamberlin (ENTRZELLE). But “Seven Sorrows, Seven Stars” definitely has this kind of interstellar shining touch, connecting dots together and offering us a very unique kind of modern synth pop with an upbeat futuristic twist reinforced by another impressive intelligent selection of vocalists, with this time a clear progression towards more male vocals than on past releases. Take for example the alt-pop “Frozen” which is fusing energy and soul with stunning vocals by Andrew Galucki, or yet the more house / 80’s e-pop approach on the dancey “Liberosis” and its driving synth lines, club beats and awesome voice of Alvin River, the loud e-pop “Face To Face” with Roeland van der Velde (MODEL DEPOSE), or yet the addictive body-pop song “From Another World” with Bernard Feron (MED, COMBAT VOICE…). Besides the more moody and almost “PSY’AVIAH classics” songs like “Lessons From The Past” with one of Yves’ favorite partners in crimes for years now the talented singer Mari Kattman, but also the minimal and semi-acoustic “Opia” with Pieter Van Vaerenbergh (METAFUZZ, ZELON) as well as the band’s last single and video clip song “Never Look Back” with Ellia Bisker (SWEET SOUBRETTE); we find harder and straight industrial-dance compositions evoking the band’s early and more aggressive period like on the dreamy club hit “Peace Paradox”, the more chaotic and cyber distorted “Wild Ride” feat. the unmatched Miss FD, a fully revised club version of “Stronger” with vocals this time by Addie Nicole (HALOCINE), as well as on the album’s new mega-hit “Not What I Expected” that is a sort of frontal floor-packing track with incisive synth lines, hypnotic grooves à la PRAGA KHAN lead by strong female vocals with attitude by Fallon Nieves.

“Seven Sorrows, Seven Stars” is an album that speaks to both body and mind. You can dance to it all night or enjoy it in full simplicity with candles on for some positive moments with friends… PSY’AVIAH delivers a true chef d’oeuvre full of emotional contrasts and dynamic vibes, capturing irrational moments of life across the universe.

Tradition for PSY’AVIAH now, the album also comes out as a limited deluxe carton box edition with a 14-track bonus CD holding album songs reinterpretations with a much more dancefloor techno / trance oriented sonic approach for the ultimate pleasure of all PSY’AVIAH’s faithful followers amongst clubbers and DJ’s… A very interesting mix between trance, electro, industrial. Trance icons ETASONIC, TIM IRON and AMARTA PROJECT deliver enticing dancefloor versions fueled with trance / 303s and saws, whilst ALEX DALLIANCE, GIRLFLESH and IMPLANT give an industrial touch to the tracks. SKYSHIFTER (IC434 project), KONER (Atlantis 6 and Minimalistix project), LIQUID DIVINE deliver on their side an atmospheric perspective on the remixed tracks, whilst CUT:OFF:SKY, CYBORGDRIVE, ROOL and PEOPLE THEATRE know how to hit home with their synthpop / electropop fueled sound. 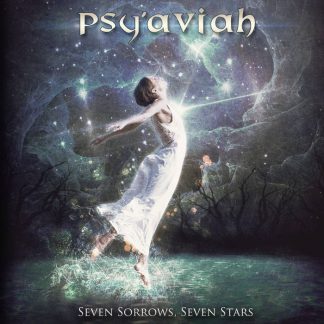