While they are still in studio busy recording their much awaited new album “Lovers, Liars & Sinners”, our Spanish synth pop stars today reveal their new single titled, “Free”. A new club song perfectly capturing MONDTRÄUME’s unique melancholic tones and highly emotional dark vocals. While label mates AESTHETISCHE exploited the dancefloor appeal of “Free” by turning it into a modern dance club anthem, VENAL FLESH chose to reinforce the somber side of the song in the remix they made together with Chase Dobson. We then get “Still Beating”, one of the band’s most touching song dedicated to cancer patients struggling against the crab. This beautiful noir pop song was remixed here by RUINED CONFLICT as well as COLD KILL.

Strongly recommended to fans of WOLFSHEIM, DEPECHE MODE, MELOTRON or yet BEBORN BETON.

Here’s a preview of the download version (which does not include the bonus tracks):

Be the first to review “Mondträume – Free EPCD” Cancel reply 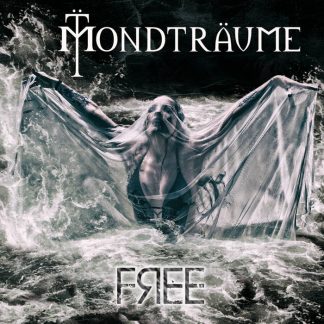