With their new album, “Try and Fail”, the Norwegian act ESSENCE OF MIND showcases a sharpened blend of groovy electro rock tunes, strong catchy choruses, melodic synth arrangements and punchy rhythms. As already revealed by the recent “Watch Out” EPCD released for the occasion of the band’s European tour together with ZEROMANCER, ESSENCE OF MIND focuss on a balance between edgy and powerful songs while putting a strong focus on fresh electronic melodies and sing-along choruses.

This release is available here as a special deluxe carton box including the “Re-try” album featuring some 3 exclusive non album bonus songs plus a bunch of special remixes by bands like 32 CRASH, STUDIO X, I:SCINTILLA, etc.. 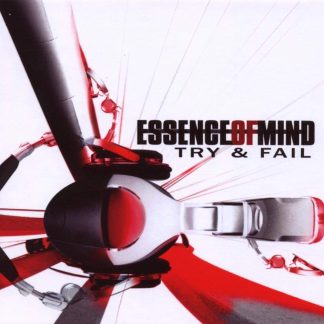 You're viewing: Essence Of Mind – Try and fail 2CD €13,99
Add to cart
Manage Cookie Consent
We use cookies to optimize our website and our service.
Manage options Manage services Manage vendors Read more about these purposes
Preferences
{title} {title} {title}