Swedish one-man assault squad ELM set the bar pretty high with the “Edge” EP, triggering unprecedented expectations in the old-school EBM communities across the world. Peter Elm is now seen as the much anticipated 21st century successor of Electronic Body Music masters like NITZER EBB, DAF and FRONT 242… Finally some muscled reinforcement next to SPETSNAZ and other POUPPEE FABRIKK!

“Hardline” will not deceive. True to its title, this album has attitude. It is strong, raw and menacing. With its powerful vocals, ripping basslines and stomping beats, this EBM album also combines intelligent lyrics (in English, German and French) with an astounding production maturity level that will leave you breathless.
Not surprising, knowing that this well-crafted high quality electronic album is written and produced by none other than the elektro veteran Peter Elm (RESTRICTED AREA) and mastered by comrade Pontus Stålberg (SPETSNAZ). “Hardline” is an assault of lust, rage and uncompromising aggression and a true wake-up call to all EBM freaks: the ELM revolution starts NOW!

ELM profiles itself as a non-stop EBM hit-machine. Besides the now already classic “Edge”, we also get a bunch of other monster club hits like the modern EBM “Wapenrustning” with its hypnotic basslines and addictive chorus “Know your place in the food chain” or the massive brutal track “Kamptrinker” evoking DAF singing on NITZER EBB (or vice versa?).

With a strict “less is more” sound architectural approach shaping the red line of this 13-track album, “Hardline” is very well balanced by a judicious intermingling of darker songs like the almost orchestral epic opening “Black Sky” or yet the vicious dance floor club track “Pervert” featuring kinky female vocals by French artist YS ATLOV (whose vocal backings beef-up several songs from this album). Other more melodic body pop songs are for example the “FRONT 242 meets AND ONE” groovy song “Oblivion” or yet the raw title-track “Hardline” with its efficient synth lines and catchy vocal arrangements. Among other pumping muscled EBM assaults we get for example the uncompromising “Fighter”, the firm pure EBM “Paradise” or yet the aggressive French electro stomper “Envahisseur”.

Faithful to the Alfa Matrix tradition, this EBM album also comes out as a limited deluxe carton box edition with a bonus disc featuring 4 exclusive bonus tracks, 5 alternative remixes signed by ELM himself, plus 2 killer remixes by compatriots POUPPEE FABRIKK and SPETSNAZ!

Be the first to review “ELM – Hardline CD” Cancel reply 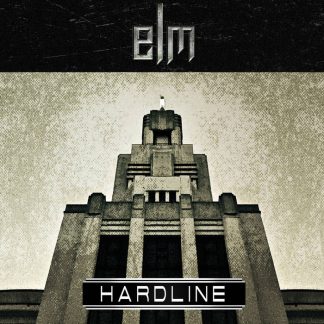