SUICIDE INSIDE is the project of Natasha and Alexey Protasov, both well-known on the elektro scene for their muscled AMBASSADOR21 project. With 3 full length albums under their belt and multiple concerts across Europe, the duo now presents their new studio album on their new label Alfa Matrix.

On “Homicide”, SUICIDE INSIDE reveals more power than ever before, triggers extreme emotions and expands its endless lust for life. The album showcases a sort of uncensored vision of love as mechanism of life and death. Love as a provocation. Love as a way to disrupt personal dogmas and get out of societal control.

Be the first to review “Suicide Inside – Homicide CD” Cancel reply 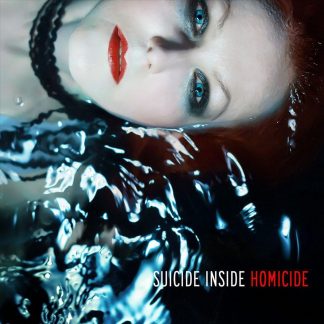 You're viewing: Suicide Inside – Homicide CD €8,66
Add to cart